Growing up, I was always so glad that I had a Sister. The thought of having a brother, was always very weird for me...living with a boy, was never ever going to be as much fun as having a 'built in best friend'. I have always thought I was super lucky to just have Sister.

But as life would have it, I managed to collect not one, but two of these 'boys' along the way. They initially started out as family - by default.Yeah, they were kinda cool, not bad...I could get used to having them around...

But as the years have passed, and there have been a lot of them...these two 'boys' have become more than just family - by default, more than good friends. We've laughed and cried together, seen each other at our worst, we've irritated each other, teased each other, we've talked for hours...about everything and nothing.

I love these 'boys'...they have become my brothers... 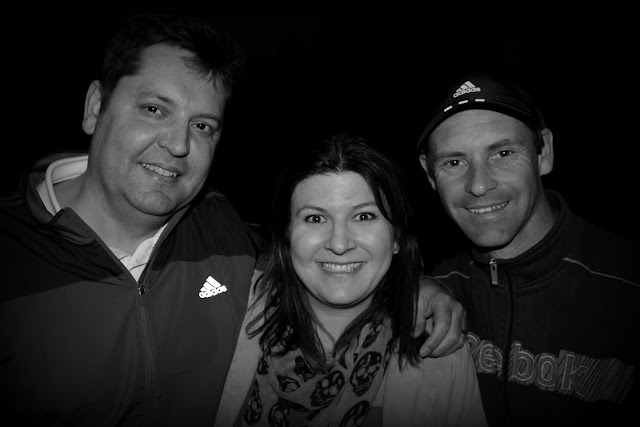 There have only been three occasions, where I've had them together...this week was one of them.

Posted by Hayley at 6:00 AM
Catergories: everything family