A few months ago the BFF, sent me a message telling me she had entered us in a 8km walk...we had been talking about doing something like this for ages, and I think she eventually got sick of us just talking, and decided to do something about it.

So this morning, the two of us, joined 5 000 Joburgers and hit the streets in support of raising awareness of woman and children abuse. 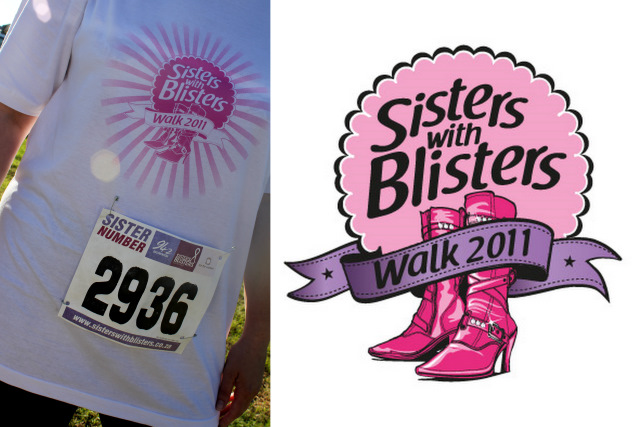 I am so glad she did...what an awesome event. So we organised, and so much support....woman, men, children, dogs. The actual idea, is to walk the 8km in high heels...that wasnt happening with us...the fact that we were walking was huge enough. But can I tell you how many woman and men, did it in nine inch heels...much respect! 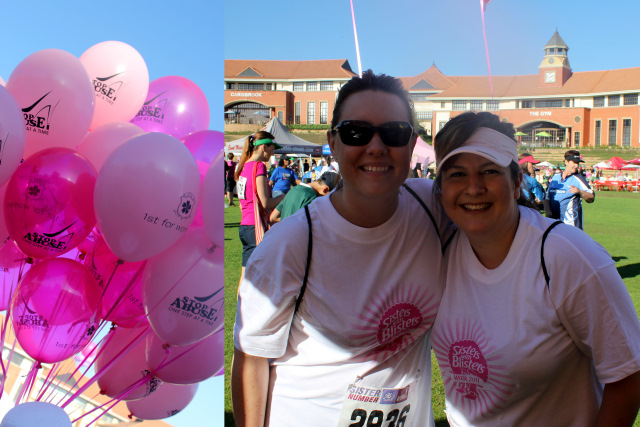 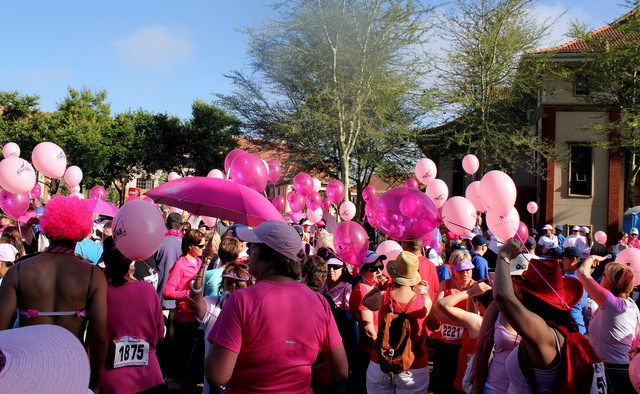 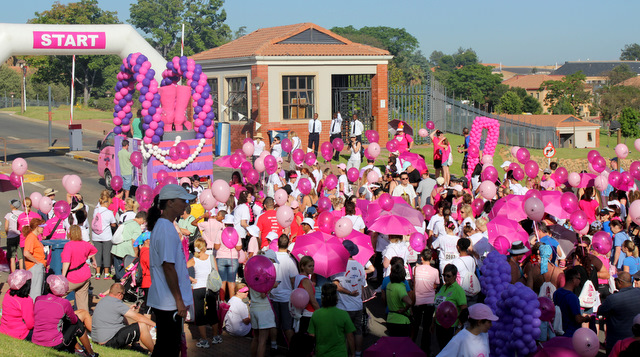 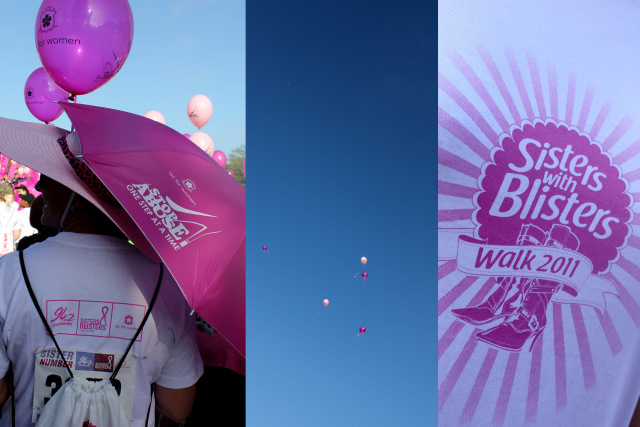 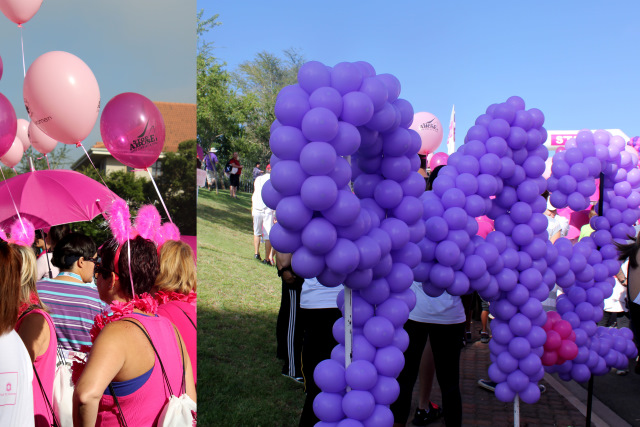 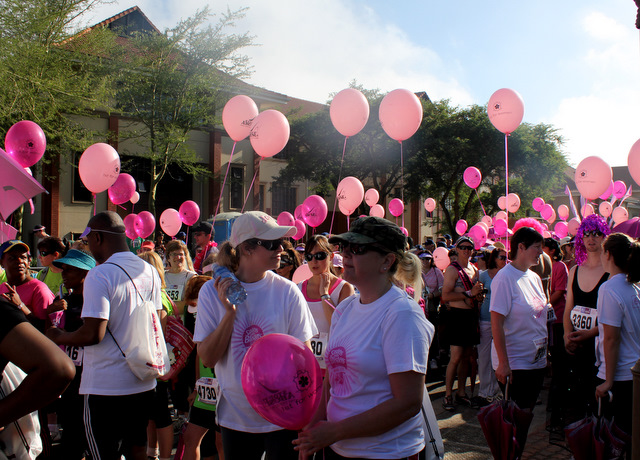 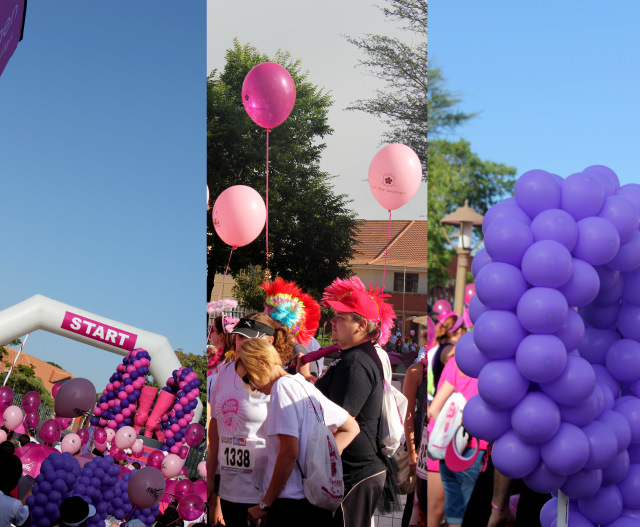 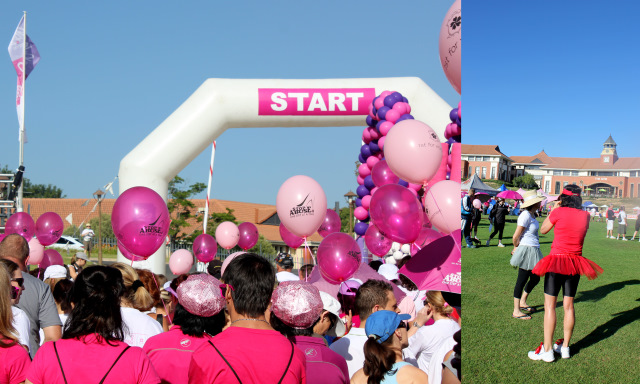 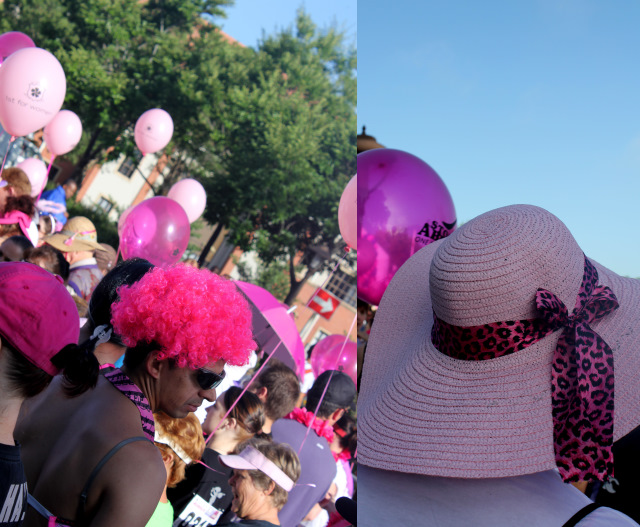 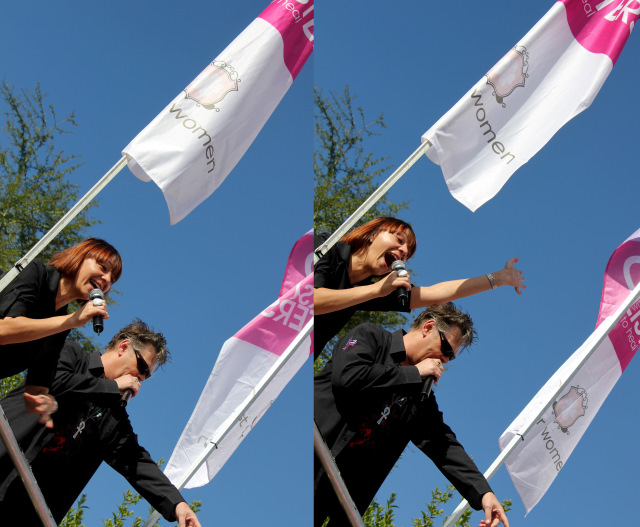 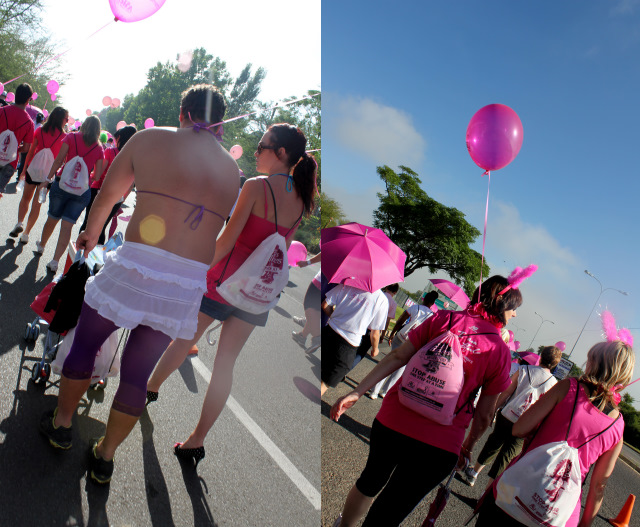 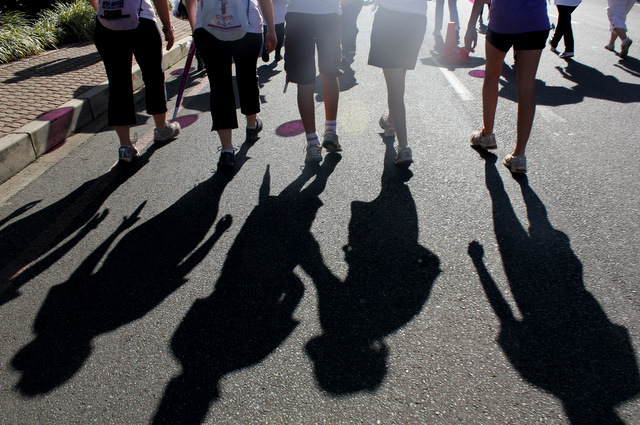 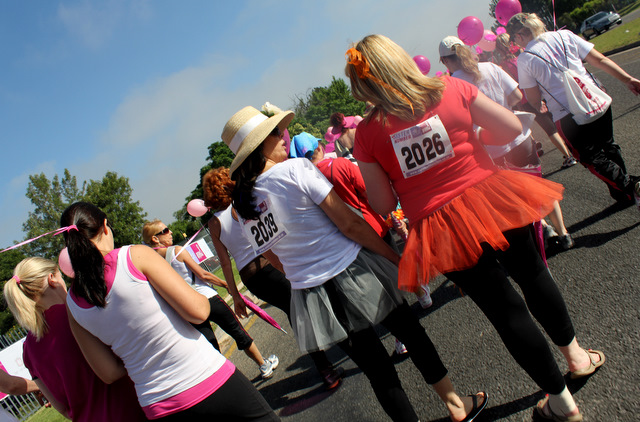 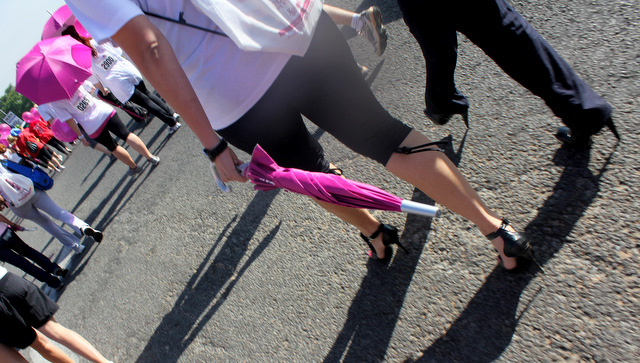 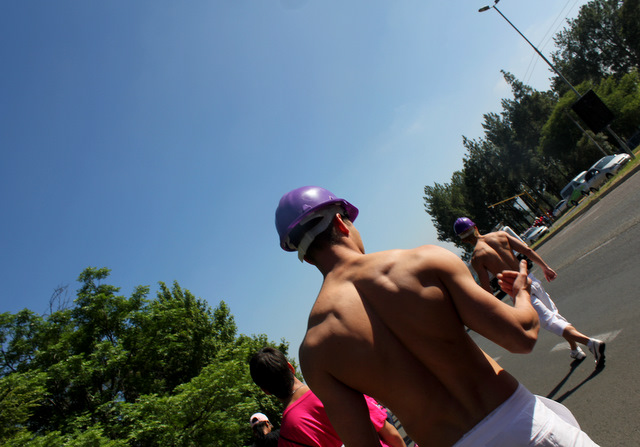 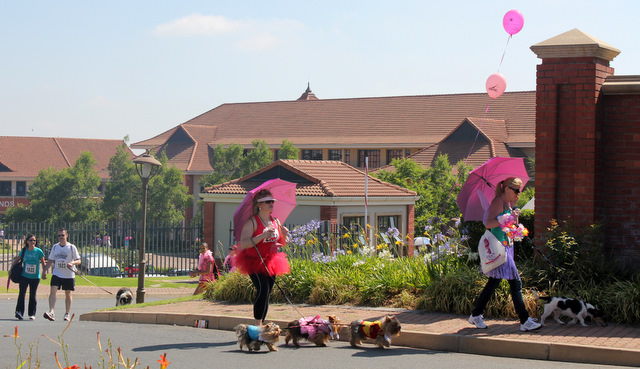 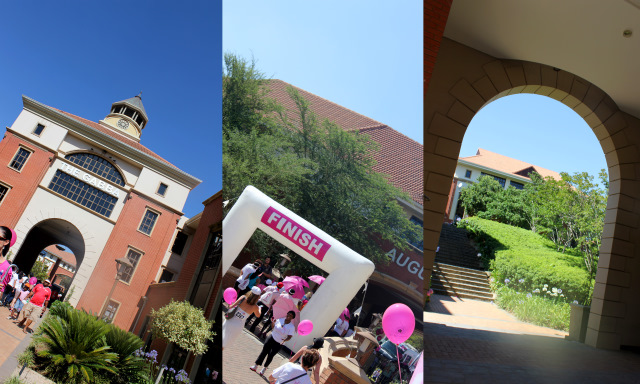 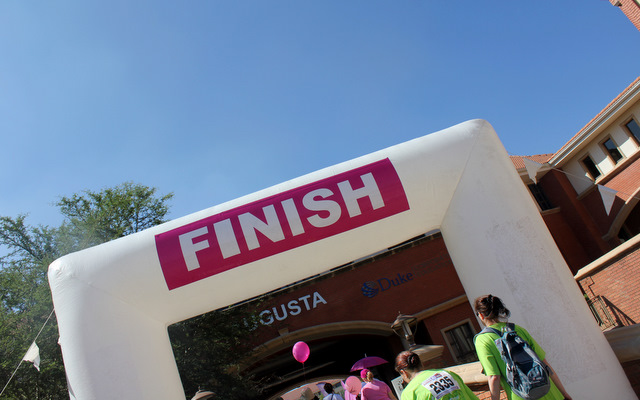 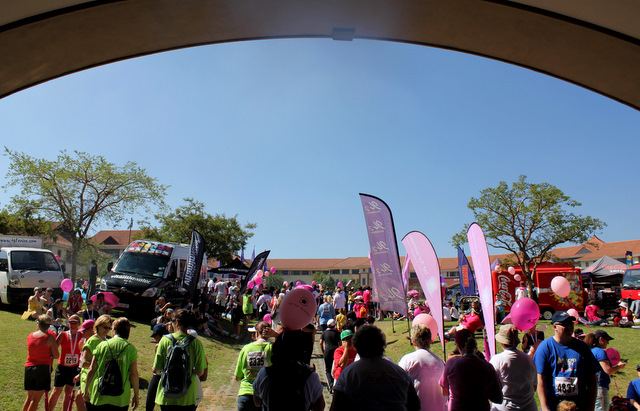 It was a beautiful summers day, and a race that has, half naked men as cheerleaders, serves soft serves on route, the best goodie bags ever, pink as a theme, encourages walking in high heels, the cutest medals, and has baths specifically for the four legged competitors...that's my kinda race...and the cherry on the top...supporting a good cause! A super fun morning. 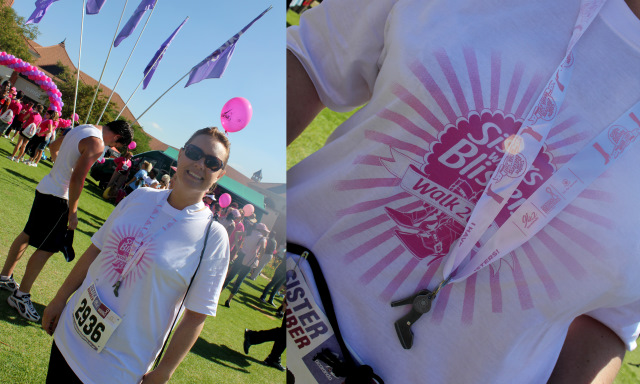 And now...the smell of a braai is calling me from outside...and I have two nights ahead of me in the glorious African bushveld...

Posted by Hayley at 5:16 PM
Catergories: everything friends, everything jozi

What a fun event! They have something like that in Arizona- but I can't even walk two blocks in high heels. I'd never make 8k! Good job.

Oh that looks like fun! I wouldn't have done it in heels though!

Looks like it was a real party atmosphere. Enjoy your time in the Bushveld.

Looks like such fun! Good on you for doing it - i don't think i'd do it in high heels either!

Enjoy the rest of your weekend x

Well done on supporting a great cause! It looks like you two had an awesome day :)

I still want to do it some day. Congrats!

I would never make it on high heels. It looks like an awesome and fun event...good for you doing it.

I would never make it in heels either! Looks like it was well organised!

Awesome! Sorry I'm just now getting back to you :) Life has been..... crazy! My husband and I plan to visit Zimbabwe in August or September of next year - I have not yet been to Africa but can't wait! His mom and family still live there in Gweru. I read your posts and am reminded that your summer is during Christmas - and yet here in Cincinnati Ohio it's freezing!!! Love it. Hope you are well :)

Wow - well done for making it, wish I had done it this year!! will join you for the next ;-)

We’re thrilled that you enjoyed our event. Hope to see you next year.