The story of Elvis.

From the day I met TF, all he wanted was an English Bulldog...no other type of dog would do.
Just before we got married, we adopted Phoebe from our local pet shop....needless to say, our little girl...had some English Bulldog in her...just not quite 100%.

Two years later, my Mom-In-Love had recently passed away, and TF had inherited a few rand from her estate...and there was only one thing he wanted to use the money for....an English Bulldog.
So after finding a breeder in Pretoria, we quickly applied for a little male Bulldog.

And before we knew it, we where the proud parents of two...very different Bulldogs. One is as mad as a hatter, she drives us mad....and the other...well lets just say, he ticks off every single typical Bulldog trait imaginable...he drives us mad. 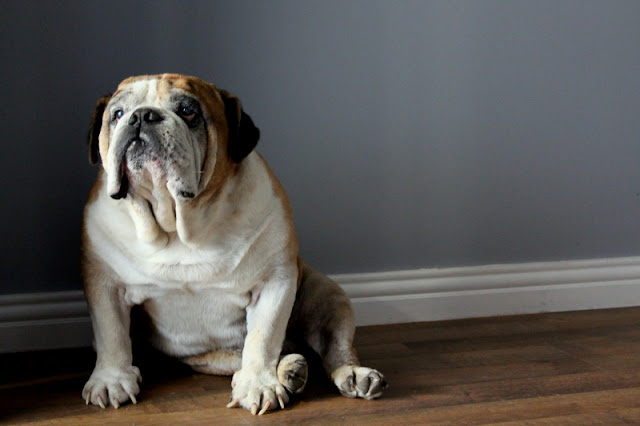 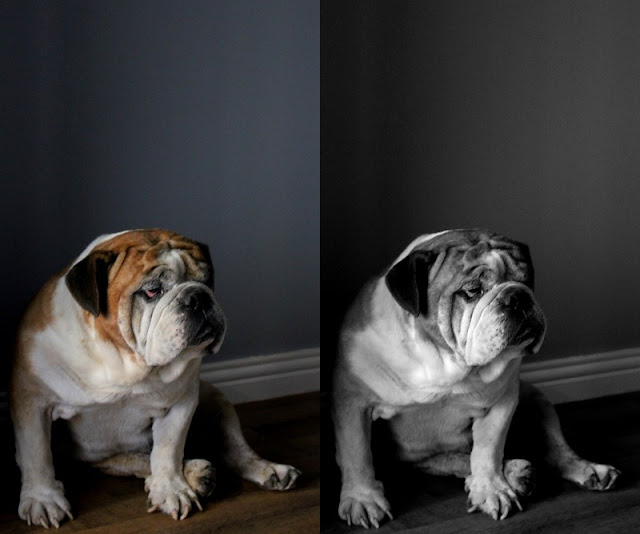 And his name? Named after the King himself....my Mom-In-Love's all time favourite singer. Because without her money....this little man would not be a part of our family... 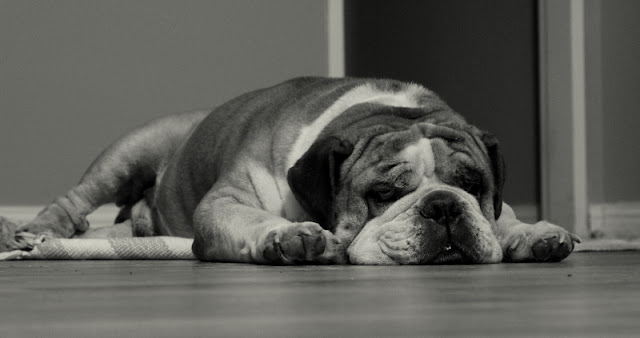 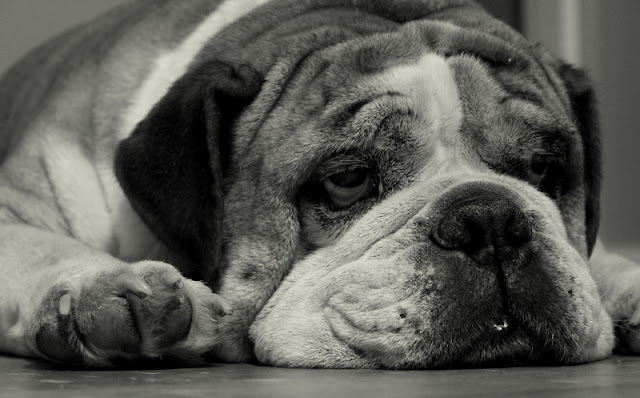 ....and our family would not be quite the same without him.

Posted by Hayley at 7:00 AM
Catergories: everything family

Elvis is the apple of his Dad's eye. Great post Sweetie!

such nice photos of him.

How can you not love a face like that;-) Pens en pootjies klim hy in jou hart.

I'm not one for bulldogs BUT he is gorgeous

P.S. How do you get your hubs to read your blog? :) D is soooo not interested!

Beautiful pictures Hayley and he is such a looker!

I was actually watching a prg on Animal Planet last week that highlighted the good/bad in various breeds, and they say that English bulldogs can be quite disease/sickness prone - is Elvis? And do you have to spend hours cleaning between all his folds of skin?

Oh Shayne, let me answer that for you. We spend a LOT of money on his antibiotics. He suffers from an eye condition and an ear condition but otherwise he`s fit as a fiddle :)

And Elvis is our rooster's name :-)

And he looks like quite a character! Just lovely.

Elvis is adorable and also named after my favourite of all time singer! The pics are stunning.

So nice to meet you Elvis! Bulldogs have a load of personality for sure!

Too cute and I bet he snores for the A team?

Such an amazing character ... I can see it from your pictures. I know the value that pets offer and I'm happy you have two amazing pets to fill the empty spots on your house floor ... and often the foot end of beds