not a good day.

Well hello there. Yes, I am still alive, well just about. Looking after three kids is so tiring. And then add on that some serious drama during the week, let me tell you it's been a loooong week.
The drama? Well, it goes like this....
Last wednesday started off like any other day. I was at work, and about to go into a presentation, when I get one of those phone calls you don't wanna get. You know, the ones that go "Hi, who is speaking? I am standing out side your house, and there has been some sort of an attack...." Not good.
It turns out that, a few minutes earlier, a man had forced his way into my sisters house and attacked her domestic worker, Sara. My little nephew, Adam {one year old} was also home. Panic set in like you have no idea. Thank goodness Francois was around the corner, so he got there in minutes.
It turns out that a man had pushed is way through the backdoor, just as Sara was coming in from hanging up the washing. Sara had literally fought back, she had grabbed the knife {by the blade} and punched and kicked the man. He chased her right through the house, before she managed to open the front door and run into the road screaming for help. Can you believe there was an off duty copy at the robot, who saw her and immediately called for back up. The cops were there in seconds.
By this time I was there and we were all back in the house. Sara was clearly traumatised, but thankful that Adam was alright.
Oh, but the drama does not end there. The cops were certain that the guy was still hiding in the house somewhere. So Francois and one of the cops decided to go and search the garden. Me, Sara and Adam, stayed in the lounge trying calm down. A few minutes later, Francois comes back in, white as a ghost, saying that he had found the guy hiding in the shed. As you can imagine, chaos broke out. Cops literally came from all sides, through the house, over the walls. A gun shot went off. It was beyond frightening. Turns out the gun shot was just a warning shot. And a few minutes later, we heard that they had caught him. So for the next few hours he sat in the back garden, while the cops processed the scene {I know, very CSI}. The cops arranged for a trauma counsellor to come over and speak with Sara.
The South African Police force really get a bad rap here is South Africa, but can I just tell you how amazing they were. I was so impressed, and have restored my faith in our police force.
And then that brings me to Sara. What a woman. I cannot express how thankful I am to her. She was amazing. And definitely the hero of the story. She kept on repeating to me over and over again, "thanks to God, we are okay". I truly believe He was watching over them. 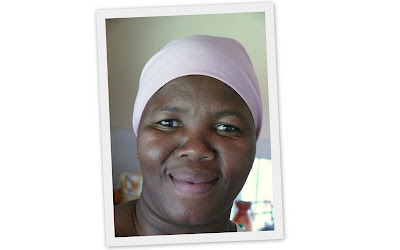 Later that day, the cops were still there, and I was thinking, isn't this typical South Africa! Where crime is so bad, and what are we still doing here? But I looked around, and realised, that there was about fifteen cops there, random neighbours who had come to Sara's assistance, friends who had heard what had happened and popped over or phoned. And I realised that, yes there was one bad guy here, but you know what....about thirty good people who had all helped in their own way had passed through the house today. And that just proves to me, that there might be bad things that happen here, but there are so many more good things, and more importantly good people who will go out of their way to help.

Posted by Hayley at 5:02 PM
Catergories: everything else, everything south africa

Oh Hayley, this has been a week for you and Francois. What an incident but how many 'coincidences' can we see in this that shows how firmly Gods hand rests upon you and your family. Am so pleased you are all okay - Sarah is an absolute hero and what an incredible lady to have looking after your nephew.

I do hope your sister is able to process this and still enjoy her break. Take care and strength in your continued journey over there. HOpe Francois has recovered and able to help share the load (adn night-duty!!! LOL)

wow hayley! That is very, very frightening! I am so relieved you are all ok! Hope you are surviving as a family of 5, despite the drama!! Hope your sis is ok with it all too! How awful to be so far away when such an incident happens!
Lets hope that is all the adventures you are in for!

Glad to hear all is well.Thank God!

What a week! I think that Sara deserves a medal for been so brave and fighting like she did!

I would not like to have been in your's or her her shoes. I am thankful that no one was badly hurt!

Yes and amen to all the other comments and I also want to say 'what a great attitude, Hayley'!
You sifted it all and came out with one baddie and stax of goodies.
Way to go, girl!

I enjoyed reading your blog today. I am still so new to blogging, but love reading others stories.
Everyone has a story and so many of them are so touching....
Hope you will stop by for a visit.
The May give-away has started and this month there will be 10 winners.
I will be blogging from Disney World soon...

I am glad that everyone is ok and that you are able to see beyond the bad and see the good in the situation and the country.

So often we all just see the negative.

Once again, glad everybody is ok.

Good Grief - what a dreadful experience! So pleased to hear that our police force CAN act positively - can't say the same for the crowd out our way. And what a wonderful Sara you have! Glad all turned out ok! Maybe you and Francois should have a session of counselling?

Hi there,so glad all ended well.Goodness!But you are so right, so many people focus on the bad,but look how many good people there are - I love your attitude,keep it up!

wow girl. I am so thankful everything turned out okay for everyone involved!!