I am turning over a new leaf. It's spring (not that it feels like it!), and this last weekend, I spent spring cleaning and trying to get the house in order. And, I am seriously back on my diet. Yes, I can hear my husband snickering in the background, because come every Monday, I say the same thing! But this is really serious now, like really-really serious. I have counted the weeks until December, and yes, I know summer starts way before that, but December is when I officially have to put this large white body into a costume and head to the beach. So, that's my target day!
I have whipped out my Weight Watchers point counter and my Weight Watchers recipe book, and its game on people! 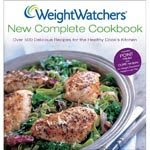 I actually have this book, it's never been used, but I have it!

I am doing the whole weigh-in tomorrow morning, don't worry I won't be posting a before pic, I would not do that to you, but I will keep you updated on my progress, lucky you :-)
Project GROTBFA (Get rid of this big fat ass) is officially in progress.

Posted by Hayley at 8:58 PM
Catergories: everything me

I must be honest, I have heard the "tomorrow I`m starting a serious diet" every single Sunday for the last 8 years but this time seems different, it looks like it might go on a bit longer than Tuesday....

Hayley - strength to ya doll!

Good luck, Hayley. You can do it!!

he he Mel, I like to see it as "Reverse Pshycology"...

Hi,
Guess I'm becoming a blog stalker! Found you through your comments on this blog: http://thepoefam.blogspot.com/. My husband is 4th generation Zimbabwean and came over to the U.S. to go to university. Long story short, I have a strange connection to Africa even though I've never been! Anyway, just thought I should say hi. Also, I'm doing WW at work and I've lost 10 pounds so far. Woohoo! WW really works!

Hey Kerri!
Thanks so much for commenting, I get very excited when i get new messages!
So how long has your husband been across there?
I am obsessed with America (i dont think its healthy), I love everything about it! I am always nagging the husband to go live there. Where do you guys live? I think you should make the trip to Africa one day, it is really amazing, even if I say so myself :-)
Nice "meeting" you! Do you have a blog?

Oh me again, well done on the weight loss! Lets hope i can say the same thing soon!

I hear you! I usually give up by Thursday, sometimes sooner, but really, I should be trying harder!

Thanks for stopping by my blog! :)
I enjoyed looking through yours!